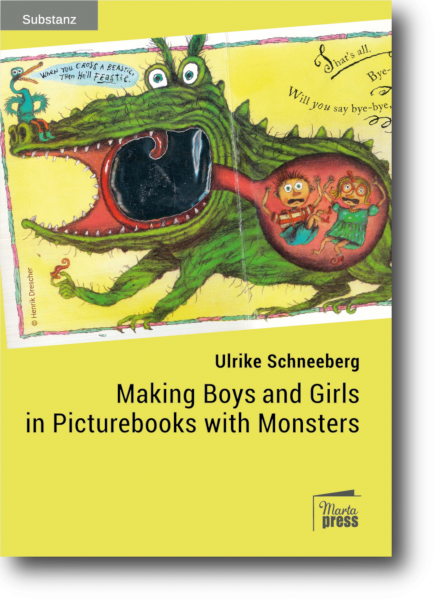 Monsters are ubiquitous in children’s culture, including picturebooks. Monsters represent the mischievous and wild side of a global market for children’s consumer products that is contrasted by hyper-feminized and sanitized dolls, such as Barbie and Disney Princess. In picturebooks, typically marketed to children aged four to eight, the strong presence of monstrous characters may reflect a synonymous use of the words ‘child’ and ‘monster’ in everyday speech. The suggested affiliation or even interchangeability of monster and child in picturebooks is particularly perplexing when compared to the regular relationship between monster and human character in ‘grown-up’ culture, which threatens the very essence of humanity – and which is therefore of paramount importance to understanding what it means to be human in that culture. While the field of monster studies in the humanities is thriving, this is the first study of the omnipresence of monsters in children’s culture and the markedly different relation between child and monster.

Examining 65 English language picturebooks from the last 50 years, the author explores the textual conditions and functions of monsters in relation to the term ‘child‘. The focus lies on the mechanisms and effects of gender constructions within these narratives.